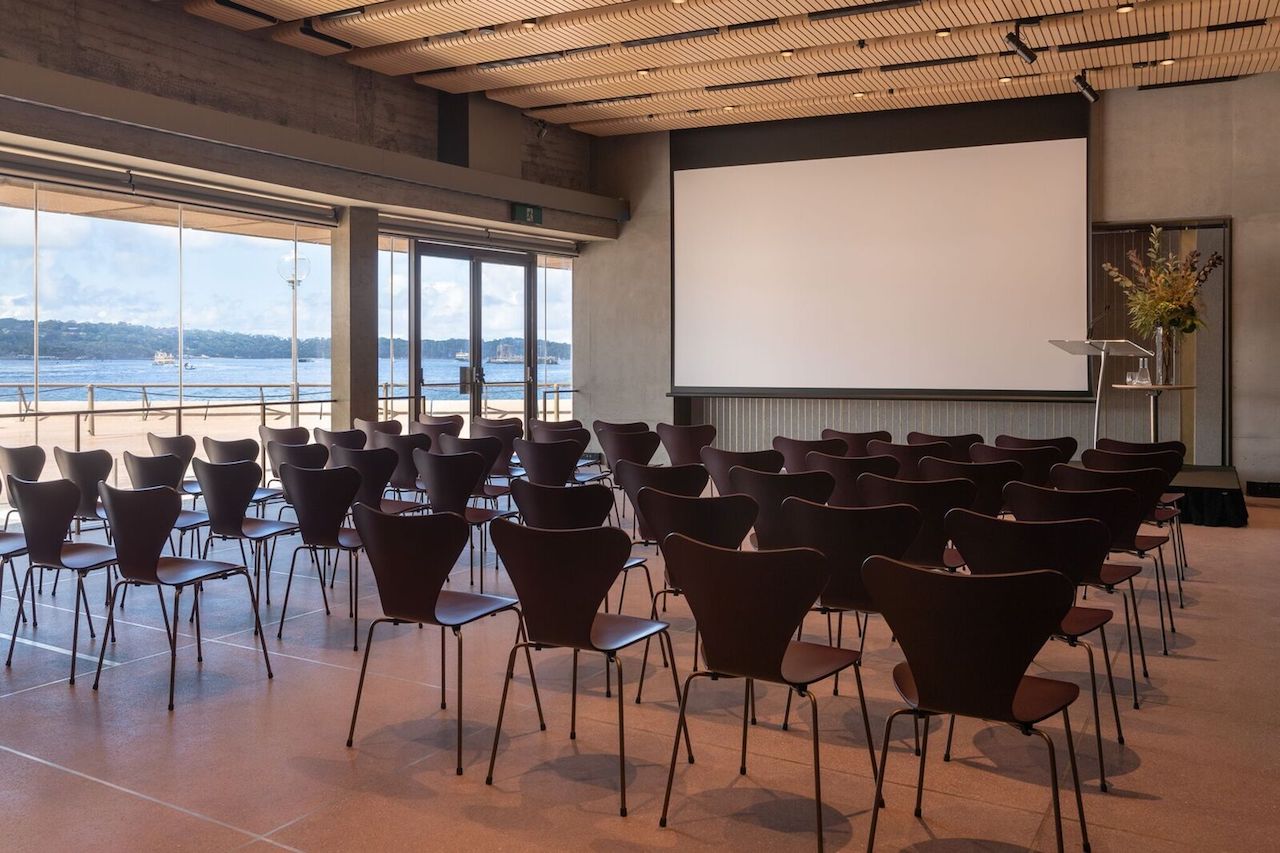 The Sydney Opera House opens the doors of its redesigned function and events centre – the Yallamundi Rooms – marking the completion of the next major project in its $273 million program of Renewal works.

The Yallamundi Rooms are the first new venue created inside the Opera House since the refurbishment of the Utzon Room in 2004. The name Yallamundi means “storyteller” in the local Sydney Indigenous language. It honours the long history of gathering and storytelling by the original custodians of Bennelong Point, the Gadigal.

The first stage of the project involved removing the longstanding events marquee from the Northern Broadwalk, restoring the building’s original façade and ensuring the World Heritage-listed masterpiece can be enjoyed as architect Jørn Utzon intended.

By transforming office space into a multi-purpose events venue, more of the Opera House has been made available for public use and more open space created on the Northern Broadwalk for the 10.9 million people who visit the site each year.

Sydney Opera House CEO Louise Herron said “the Opera House stands on Bennelong Point, known as Tubowgule to the original custodians of this land, the Gadigal. For thousands of years, this has been a place to gather, feast, sing, dance and share stories. The Yallamundi Rooms will continue this storytelling legacy.”

“In the lead-up to the Opera House’s 40th anniversary in 2013, we set out our ambitions for a decade of renewal, to ensure the Opera House continues to inspire generations of artists, audiences and visitors. Following the reopening of the Joan Sutherland Theatre on New Year’s Eve in 2017, the Yallamundi Rooms are another example of how we are realising that ambition.”

The Yallamundi Rooms is the latest project to be delivered as part of the Opera House’s $273 million Renewal program, funded largely by the NSW Government. This extensive program of upgrades, which includes the renewal of the Concert Hall due to begin in February 2020, will prepare the world-famous performing arts centre and premier tourism destination for future generations.

NSW Minister for the Arts Don Harwin said “the opening of the Yallamundi Rooms marks an important milestone in the Opera House’s decade of renewal. When people gather in this spectacular new space they will be able to reflect on the proud traditions of the Gadigal people while standing in Australia’s most revered institution for storytelling.”

“As Aboriginal Affairs Minister I am proud the NSW Government’s investment in the renewal of the Opera House is being used to honour our nation’s heritage, give back more of the building to the community and to ensure this icon can be celebrated and enjoyed for many years to come.”

The Yallamundi Rooms will be available for a range of occasions, including community celebrations, intimate gatherings, private events and small-scale performances. The flexible space has capacity for up to 400 people standing or 180 seated, with several room configurations available. Floor-to-ceiling windows offer unrivalled sweeping views of Sydney Harbour.

The new venue will be managed by operator Trippas White Group and their ambassador chef, Karen Martini. The hatted chef will bring new vision to the Opera House’s dining offerings, drawing on her extensive professional cooking career, family influences and Tunisian-Italian heritage.