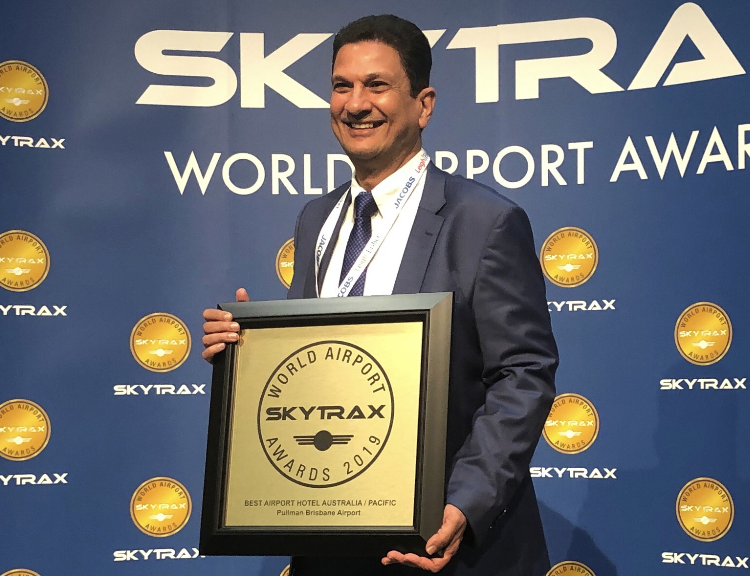 The Pullman Brisbane Airport hotel has been awarded the Best Airport Hotel in the Pacific region at the Sky Trax 2019 World Airport Awards, held at the Passenger Terminal EXPO in London, UK on 27th March 2019.

The Pullman Brisbane Airport is in walking distance of the Brisbane Domestic Airport, and a short drive from hotspots including James Street, the Entertainment Centre, Westfield Chermside and Fortitude Valley.

“We are really proud of this achievement and congratulate Alex Penklis, Chief Operating Officer of the Brisbane Airport Hotels Group and his entire team for their ongoing commitment to delivering high standards of Pullman guest service, creativity and dedication. This award is a major milestone for the hotel and we extend hearty congratulations to our partners and the owners of the hotel Scott and Anthony Flynn,” said Simon McGrath, Chief Operating Officer Pacific, Accor.