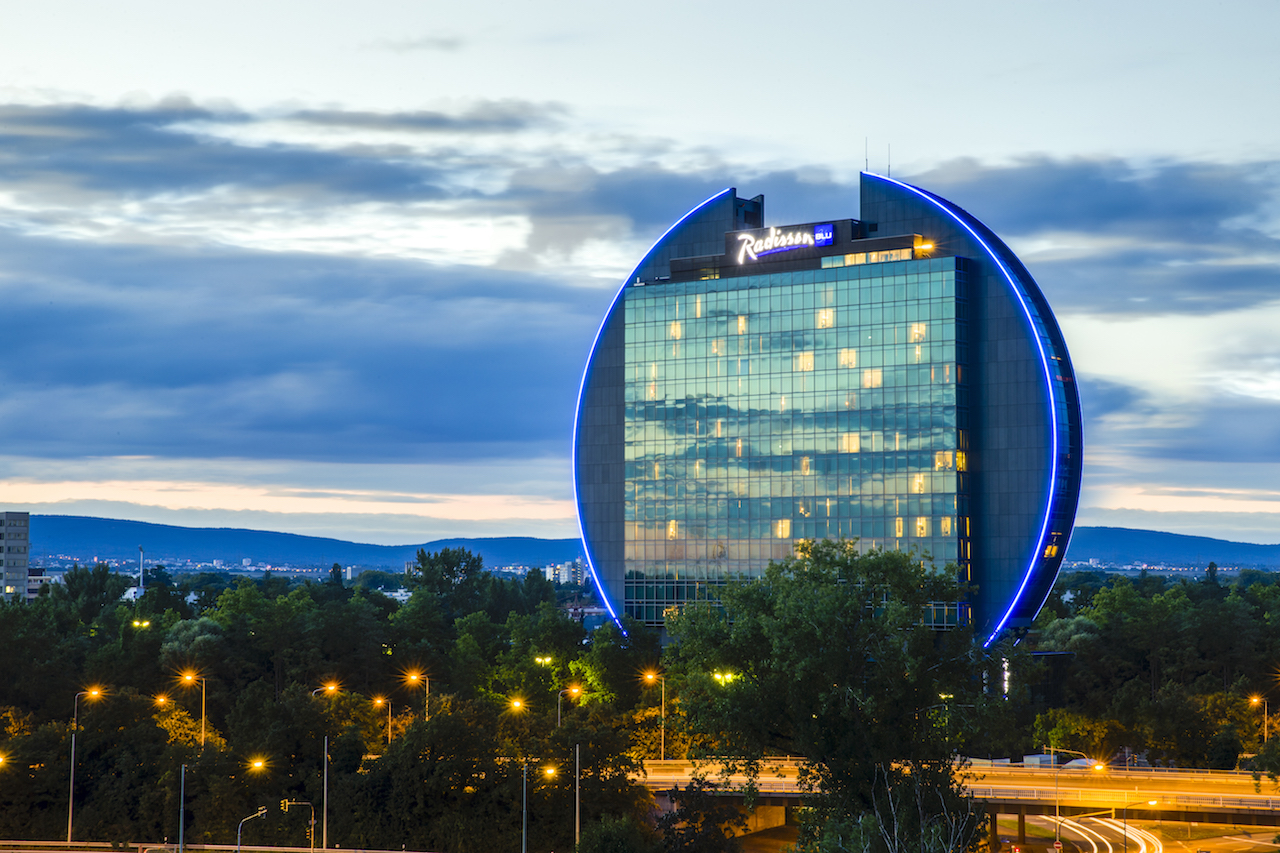 The Radisson Blu Hotel in Frankfurt, Germany is the first property to be co-branded with Jin Jiang International, who acquired the Radisson Hotel Group late last year.

Frankfurt has become a top destination within Germany for Chinese tourists. The presence of the international airport ensures that many Chinese visitors start or end their trips in Frankfurt. It also gives the hotel a chance to showcase the renovation project it completed recently.

At the newly co-branded hotel, Chinese-speaking guests and travellers will find a range of features including collateral such as menus and welcome cards being available in Chinese, to guests having the ability to pay for anything with Chinese Union pay cards. In the guest rooms, small touches like the provision of tea kettles and a choice of Chinese teas have been included. Guests can also watch Chinese television channels or read Chinese newspapers.

Federico Tejera, President & CEO of Radisson Hospitality AB and Chairman of the Global Steering Committee for Radisson Hotel Group said “The launch of the first co-branded hotel with Jin Jiang International is an important milestone … The co-branded hotels have a bright future, with the potential to extend to more than 30 properties across EMEA – including five Radisson Collection hotels in key destinations for Chinese travellers.”

Chen Liming, Vice Chairman of the Board for Jin Jiang International said “We are thrilled that we will now take the next step in our journey together after the acquisition. China has become the world’s largest travel market, offering a wealth of opportunity and potential.”

The Radisson Blu Hotel, Frankfurt in Germany is the first hotel from Radisson Hotel Group’s portfolio of more than 1,100 hotels to become a co-branded hotel with Jin Jiang International.